The Green Swamp Sport Klassic is now live on Airtribune at https://airtribune.com/2022-green-swamp-sport-klassic/info/details. 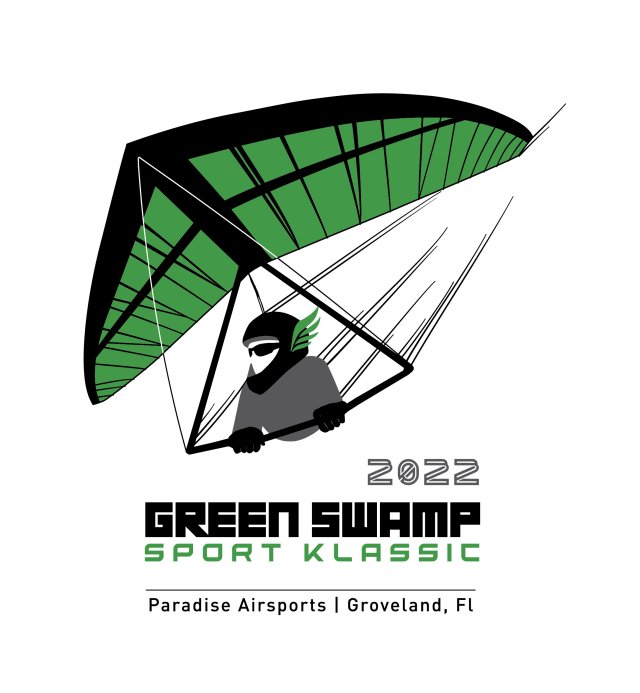 The Green Swamp, or GSSK, is a non-sanctioned hang gliding competition designed to give intermediate pilots their first experience in competition in a supportive, coached environment. Seen another way, it is a clinic for pilots wanting to expand from local flying into cross country flying, structured to use a competition format with daily declared tasks. The event is mentored, grouping pilots into small teams and assigning each team a senior pilot “mentor” to coach and guide them.

Either way you look at it, it is a tremendously influential event in the hang gliding community. It connects senior pilots with the next generation of developing pilots, draws pilots into networking nationally and internationally outside of their local clubs, builds skills and confidence, and indoctrinates and normalizes safety practices.

To give you a sense of the impact Green Swamp has, look at this year’s meet director. Ric Caylor first attended the Green Swamp in 2018. Ric had been flying recreationally for years but had only logged two cross country flights. Green Swamp added five more cross country flights to his logbook. With the GSSK as his springboard, Ric went on to compete in Texas, Arizona, Mexico, and again in Florida. Ric is now a highly ranked Sport Class pilot and is the organizer for the 2022 event. The GSSK doesn’t just teach cross country skills; it catalyzes leadership.

I can’t think of a single event which is more influential in promoting and supporting hang gliding in the USA.

Rather than going easy on himself as a first-time organizer, Ric is trying to raise the bar for next year’s event. In true camp counselor style, we’re going to make 2022 the best Green Swamp ever! At past events, senior pilots created ad-hoc seminars to fill the time on rain days. Rather than wait for rain days, we are creating YouTube content to coach developing pilots on the basics of gear management, flight line operations, and cross country performance and strategy. We have established a scholarship fund to offset tow fees for pilots on a tight budget. This is noted on the “Details” tab of the Airtribune page. The “Preparation Blog” tab on the Blog page contains a collection of personal testimonials from Green Swamp alumni. It’s great reading for anyone who wants to get a feel for the event. Questions may be directed to Ric at «rmcaylor» or Ken Millard at «kengineer09».

I finally had the opportunity to perform the maiden flight of something I have been working on for little more than a year. As I used to joke about, “I don't know if it's ever going to flight, but just the fun of inventing it is already more than worth it”. Well, now it´s even flying, and the thrill of the first test flight can hardly be described. You can see the maiden flight (very first and second take-off/landing) here:

http://www.youtube.com/watch?v=tZHODwzBrRw  (or just search in YouTube for “toruk lucarelli”). 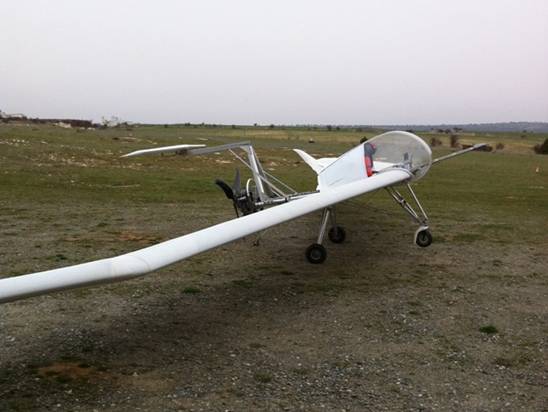 Basically the “thing” is a modification on the ATOS VR, similar in concept to Felix Ruhle´s Cage. I made it with a stable and steerable landing gear, and added a motor. It's a 160 cc rotary (wankel) motor, 25 hp, which allows for a very nice push. The wings remain unmodified, so I can go back to fly my original hang glider any time.

The position is very comfortable and allows for a spectacular view. Handling is very nice, although I must admit, with only the two flights performed (those that can be seen in the mentioned YouTube link), my immediate priority right now is to learn to fly it, and until then I won't be able to give many more details about things like handling quality and so. 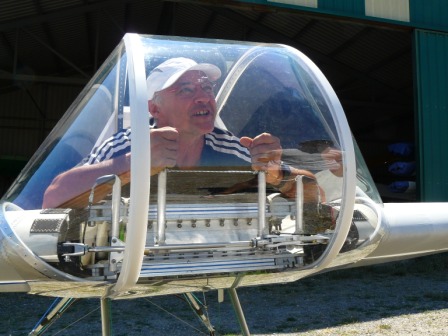 There is still a lot that can be improved in this preliminary version. Now that it has proven to fly, I can start working on a making the landing gear retractable, the propeller foldable, improving the fairing, etc.

Three big flex wing flights on Aeros Combats in Spain over the weekend which were logged on the HOLC on 26 June 05.

Looks like an aerotow start, all flights were +300km distance and all landed with a few minutes of each other at 8 PM local time. The weather was classic postfrontal with a SSW wind direction. Height reached by Enrico Lucarelli on a Combat L was an impressive 3600m amsl over the flatlands of Salamanca, his 364km distance is I think the furthest this year in Europe. Spain has had little rain over the winter and is tinder dry at the moment. Their route also had no airspace to worry about.